I came up with this song that really didn’t fit what my idea of what KC & the Sunshine Band was. But I knew it was magic. I mean it was just magic.  – Harry Wayne Casey (KC) in the upcoming documentary, Rock Your Baby.

The 1970s got off to a little shaky start for Henry Stone, head of Tone Distribution in Hialeah, Florida.  For years, Stone was king of the independent record distribution business. All the major labels, Atlantic Records, Motown, Stax, came to him. He had the contacts with jukebox operators, record stores, and radio stations.  Then in 1972, he was informed by Atlantic Records that they were done outsourcing their record distribution and were merging with Warner Brothers and Elektra Records to distribute their product on their own.

So what did Stone do?  Well if you can’t join them, beat them.

He had already begun amassing a small group of talented music people to ‘cut’ records at his Hialeah location where he had built a studio on the second floor.  Mostly local acts.  The records were issued on his own independent labels. And he had some success. For example, under the labels Alston and Glades, Stone had four songs that reached the upper echelon of the Billboard charts: Clean Up Woman (1971), Funky Nassau (1971), Why Can’t We Live Together (1972), and

Let’s Straighten It Out (1974). These songs had soul and were each exceptional in their own way.  Stone was now all-in in the record-making business.

But Miami soul music, as a whole, was beginning to lose steam.  Vinyls, once limited to establishment jukeboxes or weekend house parties, were replacing live musicians in night clubs.  Paying a disc jockey to play records was a lot cheaper than paying a 5-piece R&B group.  Then in 1973, the drinking age in Florida was lowered to 18 years old. Kids were able to get into the clubs. They wanted to party and they weren’t too keen on mom and dad’s soul music.

At Stone’s Hialeah studio, Harry Wayne Casey (KC) and Rick Finch, two of his young protegés, had been experimenting with some of their own music, mostly after hours.  They had a different sound in mind: a re-invention of the Miami soul sound, one that had crossover appeal for the tenor of the times.

KC and Finch wrote a song called Rock Your Baby. This one song captured the soul of Miami but added a groove that was catchy, simple, repetitive, and just felt good.  The signature open hi-hat drum beat produced a chi-kee-chi-kee rhythm that would become a staple of dance music from Madonna to 90s house music. 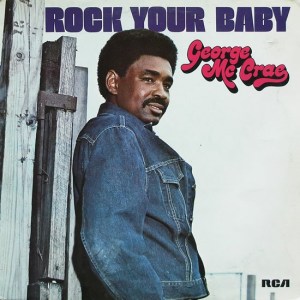 KC and Finch asked one of TK’s singers, George McCrae, to sing lead vocal.  McCrae hadn’t recorded anything in two years but he gave it a shot. And he delivered, even going falsetto on some notes.[1]

States and peaked at #1 on the U.S. Billboard 100 chart.  The first chart topper for Henry Stone and TK, and overall, one of the biggest hits that year. Rock Your Baby remained on the charts for about 4 months and sold 11 million copies.  It’s widely considered to be the first American-made disco hit record.[2]

With the success of Rock Your Baby, Henry Stone found himself on the crest of a disco wave that was about to wash over the music business for the remainder of that decade.

A few months ago, I spoke to Stone and he still relishes in the memory of the nearly 30 platinum and gold records that TK produced in the 70s:

TK was so hot. I didn’t realize how big we were. Every country our records were #1. Hit after hit.

I had the 70s. The 70s was me… TK. I remember Berry Gordy [of Motown] calling me and saying Henry what the fuck are you doing, man? 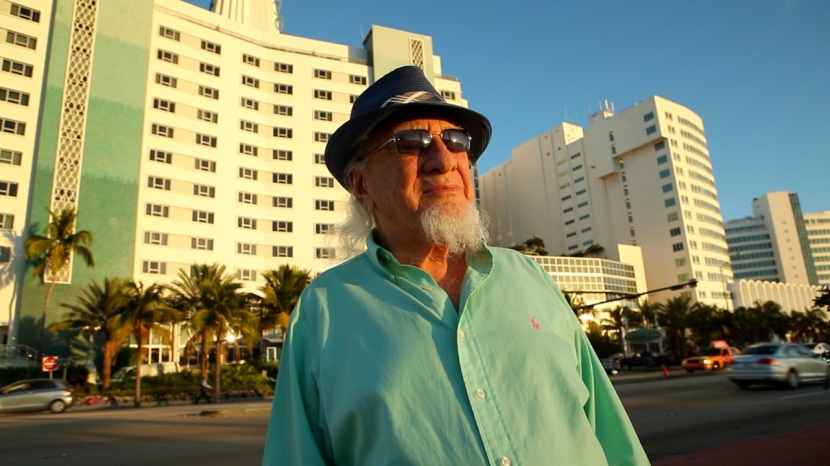 This is the second of two films currently in production that is using Miami’s 60s-70s soul/disco scene (aka Miami Sound) as the backdrop.  (The first one was featured in a Long Play article recently).

Henry Stone’s son, Joe, told me that this film is an idea they’ve been kicking for years but they could never find the right director or  producer. Then they were introduced to Mark Moormann, a documentary filmmaker who’s last film was nominated for a Grammy and garnered buzz at several film festivals in 2011. 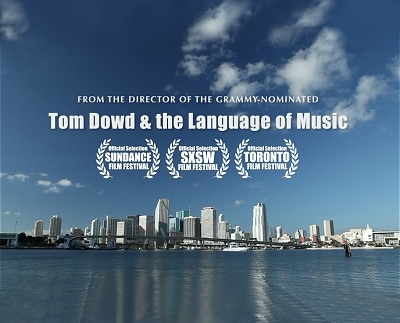 Joe Stone says he liked Moormann’s approach from the outset.

Mark has a certain way of telling a story, allowing the different people to speak. He doesn’t use a general narrator.  It’s a really unique style.

I spoke to Moormann this week about the upcoming film.  He describes it as an “epic kind of story.”

The Henry Stone story is really the story of the history of music making in Miami.  This guy’s career really parallels the whole history.  And it’s also the history of record distribution. You’ll learn how records have been distributed from the very beginning.

When Henry came down here there were no record stores in Miami. There were just jukebox operators playing music. That’s who Henry distributed the music to. Then

record stores came to be and 45s and LPs. And that story has never really been told.

Moormann says there are many other “characters” in this film.  KC & the Sunshine Band, The Allman Brothers, etc.[3]

With this film…, there are parallel story lines; Henry’s life story, the music business in Miami, and the history of record distribution. So these are sort of interwoven and then along the way you meet these people that are part of each scene.

Moormann said he started shooting the film a year ago with initial interviews. He’ll need another 4-6 months for

additional interviews.  But don’t expect to see it on the big screen this year.  Moormann said he doesn’t want to rush it.  These things take time, he says.

We plan on making something great. Go to Sundance, or Toronto, or SXSW and play at that level. That’s the intent here. .. If you make something great, everything just sort of takes care of itself.

[1] A male voice in an upper register beyond its normal range.  If you bumped into George McCrae on the streets, you would never expect him to be able to sing falsetto.

[2] Rock the Boat by the Hues Corporation may also claim this distinction. It topped the Billboard charts on July 6, 1974, one week before Rock Your Baby. But its sales paled in comparison to the McCrae song.

[3] Duane and Greg Allman made some demo recordings at TK’s studio in 1968 with a local rock band called The 31st of February. The album was never completed and was released as demos 4 years later by another Florida label, Bold Records.

To view additional information regarding this film, including an extended trailer, please “Like” the Long Play Miami page on Facebook (see sidebar).